Sophia has seven days left in Tokyo before she moves back to the States with her family. Seven days to say goodbye to the electric city, her wild best friend, and the boy she has harbored a crush on for the past four years. Seven perfect days…that is, until Jamie Foster-Collins moves back to Japan and ruins everything.

Jamie and Sophia have a history of heartbreak, and the last thing Sophia wants is for him to steal her leaving-thunder with his stupid arriving-thunder. Yet as the week counts down, Sophia is forced to admit she may have misjudged Jamie. But can their seven short days of Tokyo adventures end in anything but goodbye? 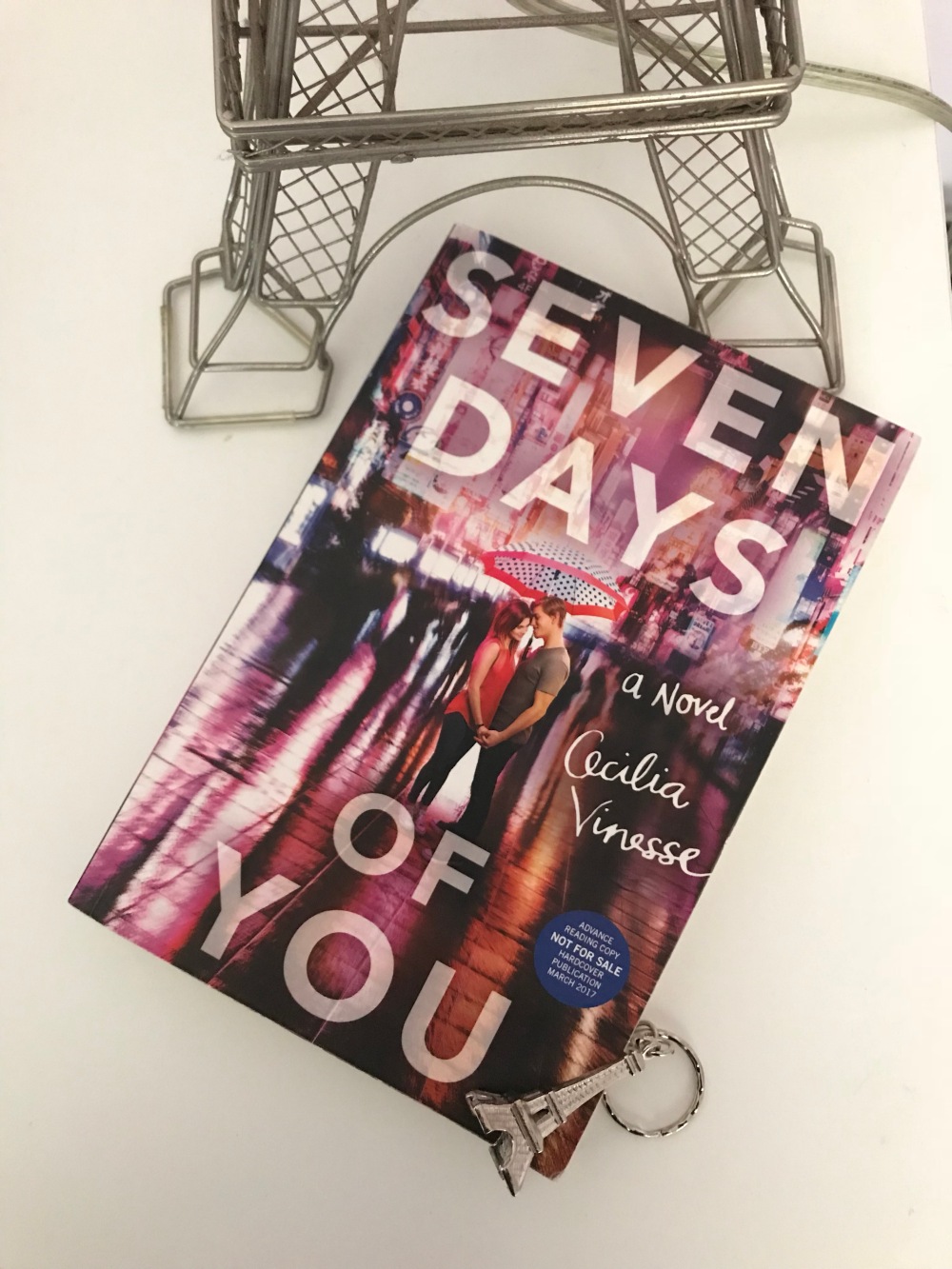 This book has been on my anticipated reads list for months, and when I received an ARC about a month or so ago from a fellow blogger I was ecstatic!  And it didn’t disappoint.  I’d seen it in bookstores before, and was immediately drawn to it because of how beautiful the cover is.  As you can see in the photo above, it’s absolutely gorgeous and just demands to be displayed!  Which is, of course, what a book cover is supposed to be—eye-catching!

I loved the line that appears on the back of the book, as well as within, that talks about Jamie stealing Sophia’s ‘leaving thunder’ with his ‘arriving thunder’.  That felt relatable to me—if I were in Sophia’s position, I would’ve felt the same way, especially because of the rocky past Jamie and Sophia share.  I felt as though their rocky past was revealed in a timely manner, without unnecessary dragging of that storyline.

At the start, I really liked David and Mika, Sophia’s best friends.  They were outgoing and supportive, and overall the kind of friends I think everybody would love to have.  Mika was eccentric and cool, and I loved how both she and Sophia had their own unique senses of style both with their clothing and their hair.  As the novel progressed, I found myself liking David less and less.  I won’t explain why, because that would be giving spoilers, but I liked how Sophia’s view on him changed as she started not having a crush on him as much, and how that allowed us to see him without her affectionate crush-filled filter.  That being said, I’m not sure how Sophia forgives Mika after what goes down.  What she ends up doing isn’t very best friend-like at all, and I was disappointed in her.  David’s actions aren’t the most noble and friend-like either, and I definitely felt bad for his girlfriend Caroline after they broke up.

Jamie and Sophia are absolutely adorable.  They have so much in common, and it was so cute to see them nerd out over the same things, especially in their middle school flashbacks.  Both characters, as well as all the others, felt very flushed out and real.  Although the book ends in a way that would welcome a sequel, Cecilia gives a pretty solid definitive ending, but still leaves me wanting more!  Overall, I would totally recommend this book to my fellow young adult contemporary romance readers.

BUY ‘SEVEN DAYS OF YOU’ HERE:

You can also see my review on my Instagram, @cityofglamour, and more photos on @buriedinabookshelf!!

2 thoughts on “[ARC REVIEW] ‘Seven Days of You’ By: Cecilia Vinesse”