Is there anything that electric chemistry can’t overcome? The past may be gone, but love has a way of holding on in this “thoughtful romance” (School Library Journal) told in alternating Before and After chapters.

The summer before freshman year, Kelsey and David became inseparable best friends—until the night a misunderstanding turned Kelsey into the school joke and everything around her crumbled, including her friendship with David. So when Kelsey’s parents decide to move away, she can’t wait to start over and leave the past behind. But David’s not quite ready for her to leave.

Now it’s senior year and Kelsey has a new group of friends, genuine popularity, and a hot boyfriend. Her life is perfect. That is, until David’s family moves to town. Old feelings bubble to the surface and threaten to destroy Kelsey’s second chance at happiness. The more time she spends with David, the more she realizes she never let him go. And maybe she never wants to… (via Amazon) 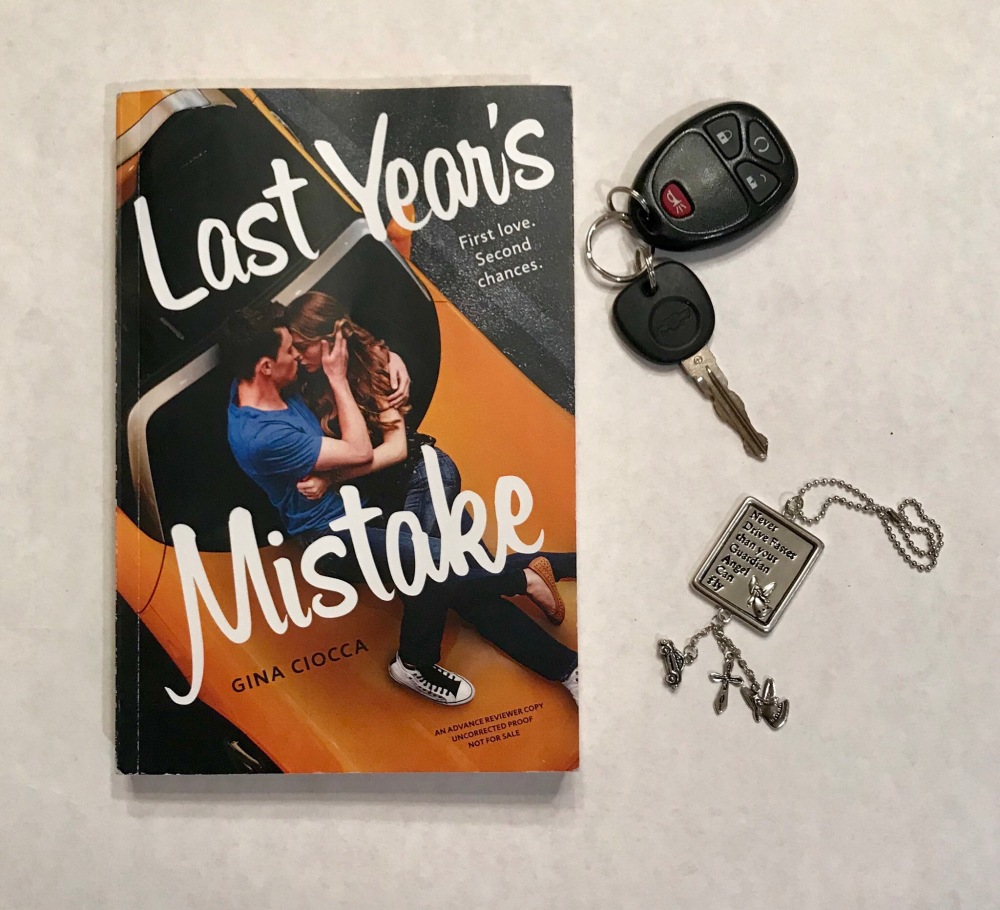 I’ll admit it—this book has been on my TBR for awhile now, and I even ordered it over summer, but I never got around to reading it until now.  (Even though I was lucky enough to win an ARC copy of  Gina’s newest book, ‘Busted’, and loved it!).  Clearly, not reading it sooner was a mistake.  (And that wasn’t supposed to be a pun but I mean…if the shoe fits…). I actually have the finished copy paperback, but recently received an ARC of this one from a fellow blogger, so I decided to read the ARC.

This book is told in alternating storylines/chapters.  The book starts off when Kelsey and David became best friends and spans from the summer before their freshman year of high school through their sophomore year of high school.  The second storyline all takes place during their senior year of high school.  I don’t typically read many books that are set up like. this, but I felt that this type of structure worked really well.  (Another book that does this wonderfully as well is ‘Love Songs & Other Lies’ by Jessica Pennington — it comes out in April 2018!!).

The alternating storylines worked really well to slowly reveal the event of that ended Kelsey and David’s friendship.  Obviously from the get-go we know that something happened between them, which is why they went from best friends to not speaking, but the waiting is agonizing!!  Although I couldn’t wait to find out what happened, I felt that Gina revealed it in a way that still kept me engaged with each storyline.  The more attached that I got to younger Kelsey and David, the sadder it was to read the ‘present day’ chapters where they weren’t talking and where the tension and slight hostility was clear.  It was so conflicting for me to read because they seemed so close and they worked so well together.

I loved the relationship that Kelsey had with her best friend, Candy.  Candy was nothing but supportive for the entire book.  (And I’d totally be down for a novella about her and Matt.  Just putting that out there.). Although I would’ve liked closure between Kelsey and her former best friend Maddie, the fact that their friendship just sort of fizzled out and they never really had a big heart to heart or anything definitive felt more realistic.

Kelsey’s boyfriend Ryan seemed super sweet, and in general he was a pretty good guy.  He was definitely a good boyfriend, and I felt that his story arc played out nicely.  The rivalry between him and David was also resolved, so I was glad that it was all nice and tied up!

Overall, I enjoyed this book a lot, and would strongly recommend it to all of my fellow teen contemporary romance lovers!