I have some exciting news for all of you who are fans of Estelle Maskame’s ‘Did I Mention I Love You?’ series!  Estelle’s newest book, titled ‘Dare To Fall’ will be released by Sourcebooks Fire THIS FALL!  So, when an email with new covers from Sourcebooks Fire landed in my inbox this morning and this book was included, I just had to share it with you all!

‘Dare To Fall’ already came out last year in the UK and other countries when it was published by Ink Road Books.  Therefore, I’ve already read it (but you all know I’m buying the US version too because it’s absolutely gorgeous and I love Sourcebooks with all my heart), so if you want you can check out my review of ‘Dare To Fall’!

ALSO, Estelle’s newest novel, ‘Just Don’t Mention It’ will be released by Ink Road Books on June 21 this summer!  You can buy it at Book Depository if you live in the U.S.!  ‘Just Don’t Mention It’ is a dual timeline novel.  Part of it follows Tyler’s POV for the first book, ‘Did I Mention I Love You?’.  The other is a flashback to when he was younger and dealing with all the crappy dad stuff.  Super specific, I know.  I imagine that Sourcebooks Fire will publish ‘Just Don’t Mention It’ in Fall of 2019, but I’ll let you guys know if they release any information about it! 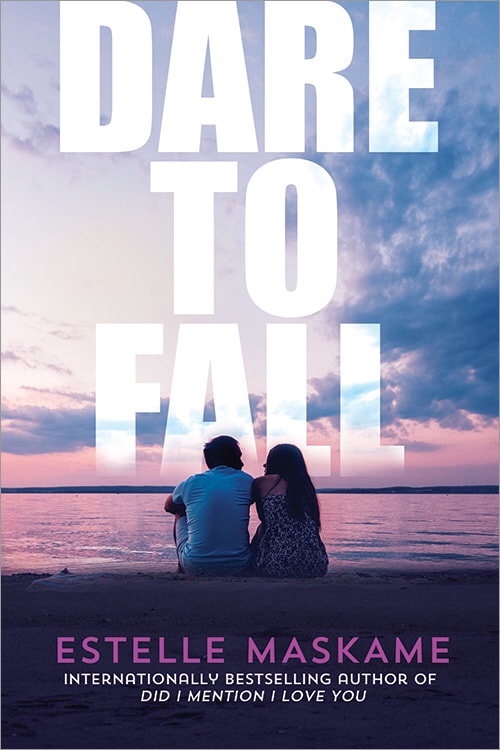 Death.
She was afraid of it.
He was used to it.

There’s not much that MacKenzie Rivers is afraid of. In the small town of Windsor, Colorado, she is known for her easygoing, strong personality, some would even say she isn’t afraid of anything. But MacKenzie knows that’s not true. She’s afraid of losing those closest to her. Recovering from a family tragedy, Kenzie is fully aware of just how big an impact death can have on those it leaves behind. Seeing its effects on other people is something she just can’t quite handle. From now on, Kenzie is her own priority.

Too afraid to get wrapped up in Jaden’s world as he deals with the tragic death of his parents, Kenzie has stayed away from him as best she can, until one night when they unexpectedly come face-to-face for the first time in months. As old feelings resurface and new memories are made, both MacKenzie and Jaden show each other how to appreciate the little things in life, the moments that are taken for granted. But will MacKenzie dare to fall for the one person she’s so afraid of growing close to?

SO, what do you think?!  I love it.  It takes the imagery of the lake that is present on the UK covers and still includes it, while at the same time being new and original!  Plus, it incorporates the same color scheme, which is super cool!

Pssst!  You can also check out my reviews of her DIMILY trilogy:

‘Did I Mention I Love You?’

‘Did I Mention I Need You?’

‘Did I Mention I Miss You?’