Happy book birthday/pub day to these great reads!  Be warned–the first book in this post is actually the sequel to ‘You Don’t Know My Name’ by Kristen Orlando, so the synopsis *might* include some spoilers for the first book!

Going rogue in an effort to rescue her kidnapped parents has cost Reagan Hillis her automatic ticket to the Training Academy. But becoming a Black Angel is the only way Reagan will be able to exact revenge on her mother’s merciless killer, Santino Torres.

When Reagan is given a chance to prove that she’s worthy of training to be a Black Angel, she also gets the first chance she’s ever had to be her true self. No aliases. No disguises. 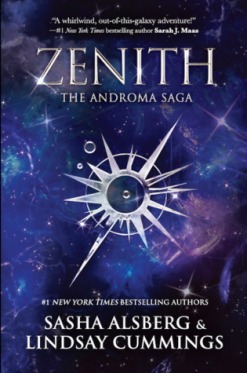 Most know Androma Racella as the Bloody Baroness, a powerful mercenary whose reign of terror stretches across the Mirabel Galaxy. To those aboard her glass starship, Marauder, however, she’s just Andi, their friend and fearless leader.

But when a routine mission goes awry, the Marauder‘s all-girl crew is tested as they find themselves in a treacherous situation and at the mercy of a sadistic bounty hunter from Andi’s past.

Meanwhile, across the galaxy, a ruthless ruler waits in the shadows of the planet Xen Ptera, biding her time to exact revenge for the destruction of her people. The pieces of her deadly plan are about to fall into place, unleashing a plot that will tear Mirabel in two.

Andi and her crew embark on a dangerous, soul-testing journey that could restore order to their shipor just as easily start a war that will devour worlds. As the Marauder hurtles toward the unknown, and Mirabel hangs in the balance, the only certainty is that in a galaxy run on lies and illusion, no one can be trusted. 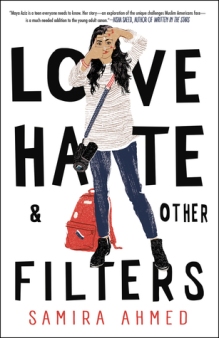 A searing #OwnVoices coming-of-age debut in which an Indian-American Muslim teen confronts Islamophobia and a reality she can neither explain nor escape–perfect for fans of Angie Thomas, Jacqueline Woodson, and Adam Silvera.

American-born seventeen-year-old Maya Aziz is torn between worlds. There’s the proper one her parents expect for their good Indian daughter: attending a college close to their suburban Chicago home, and being paired off with an older Muslim boy her mom deems “suitable.” And then there is the world of her dreams: going to film school and living in New York City—and maybe (just maybe) pursuing a boy she’s known from afar since grade school, a boy who’s finally falling into her orbit at school.

There’s also the real world, beyond Maya’s control. In the aftermath of a horrific crime perpetrated hundreds of miles away, her life is turned upside down. The community she’s known since birth becomes unrecognizable; neighbors and classmates alike are consumed with fear, bigotry, and hatred. Ultimately, Maya must find the strength within to determine where she truly belongs.