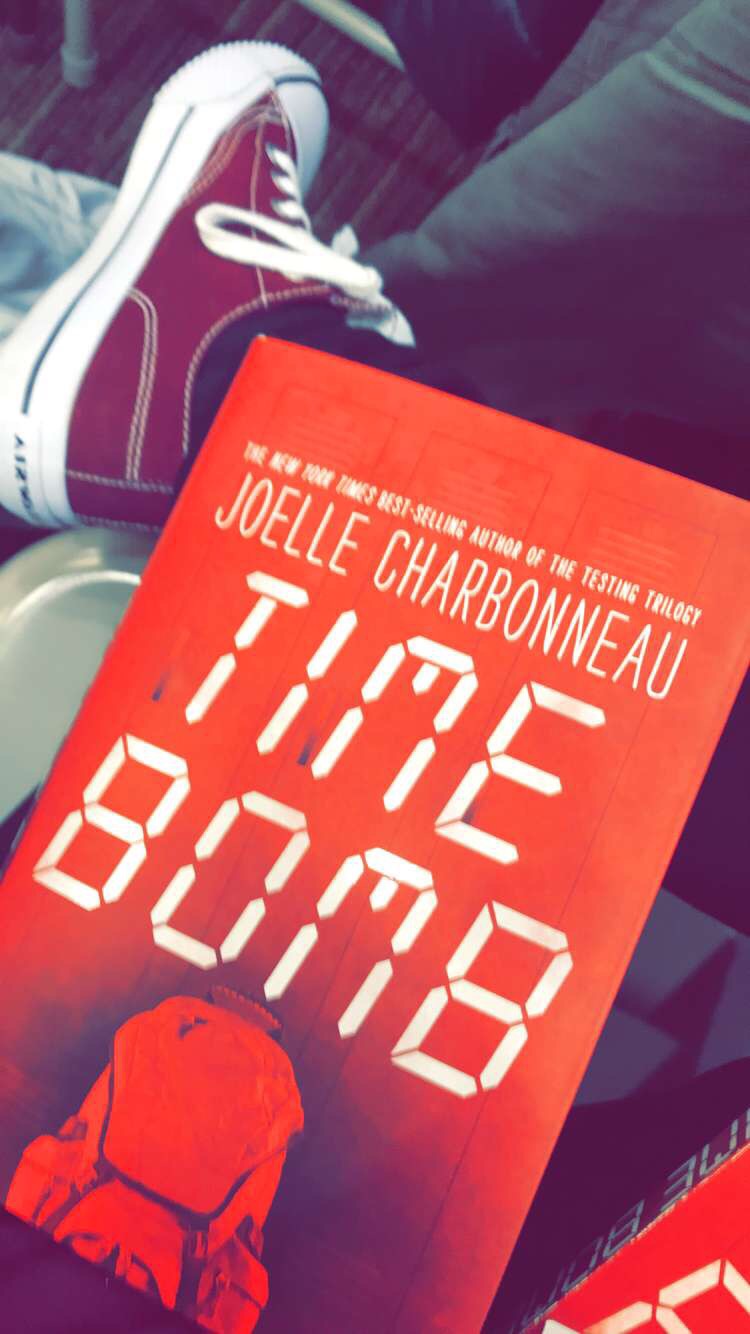 Last Tuesday on March 13, I attended Joelle Charbonneau’s book launch/release party for her newest novel, ‘Time Bomb’, at Anderson’s Bookshop in Downers Grove, IL!  (You can read my review of the ARC if you’d like!)

Joelle’s mom made awesome sweet treats for all of the attendees, and there was a ton of swag that Joelle gave out.  Before the signing, Joelle did a Q&A, where we got to learn more about ‘Time Bomb’, and she also gave us some information about the next book she’s writing (different from the sequel Dividing Eden).  (Psst….that super secret book sounds awesome!  I think fans of ‘All Rights Reserved’ are going to love it.) 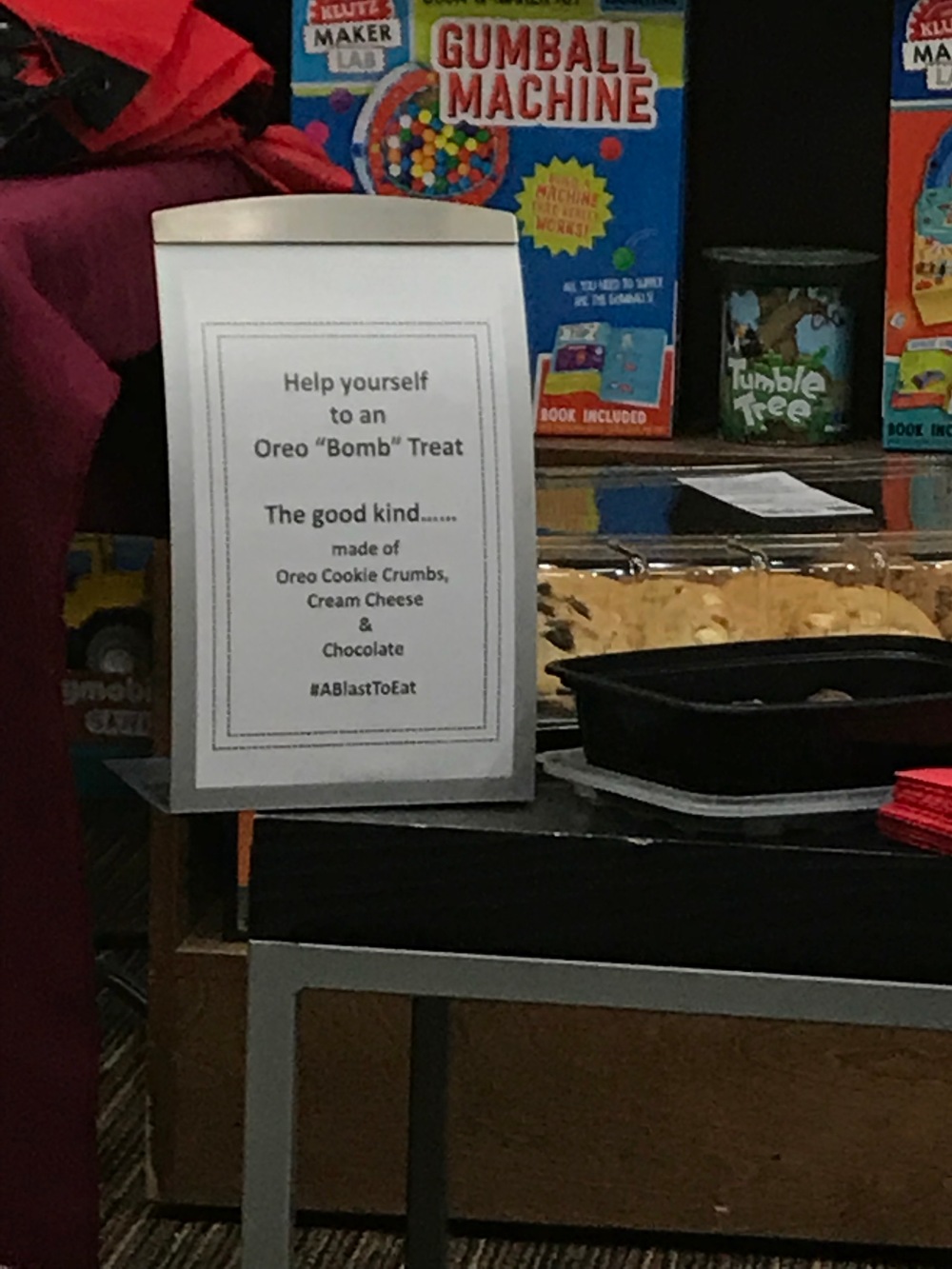 She told us all about how she set out to write so many different points of view for ‘Time Bomb’, and the different readers who helped shape her characters into who they ended up being.  Joelle doesn’t write with an outline, so it was interesting that she didn’t know who the bomber was until about part 250 of the novel.  She also told us who her favorite character in the book is, but I can’t share that with you because then it would spoil who isn’t the bomber!

I first met Joelle about four or five years ago at her signing for ‘Independent Study’, the second book in her ‘The Testing’ trilogy.  I haven’t been to any of her signings since the summer of 2014, so it was awesome to get to see her again!

Have you read ‘Time Bomb’ yet?  Make sure you go order or pick up a copy!  (And if you need more convincing….the cover is matte, and the inside cover flaps are glossy! (!!!!)