Cammie Morgan has lost her father and her memory, but in the heart-pounding conclusion to the best-selling Gallagher Girls series, she finds her greatest mission yet. Cammie and her friends finally know why the terrorist organization called the Circle of Cavan has been hunting her. Now the spy girls and Zach must track down the Circle’s elite members to stop them before they implement a master plan that will change Cammie-and her country-forever.

Get ready for the Gallagher Girls’ most astounding adventure yet as the series comes to breathtaking conclusion that will have readers racing to the last page. 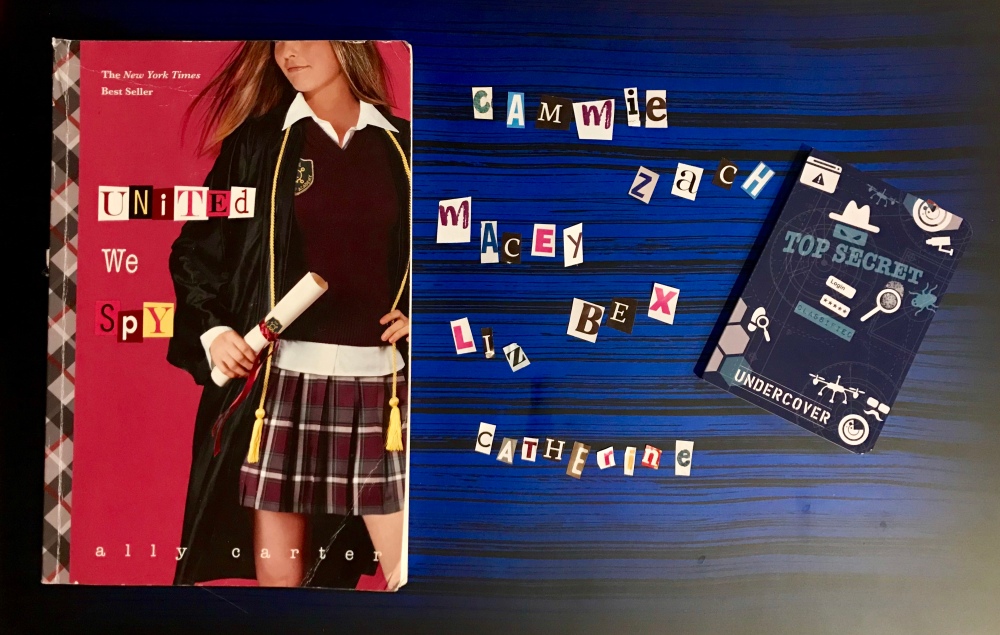 “United We Spy” is a thrilling conclusion to a beloved series. I loved getting to live inside Cammie’s world for a while, and I would love to read a series that follows Cammie and Zach in their late teens and their twenties. This series made me wish that I could be a spy too, but my aversion to conflict and lack of athletic skills say otherwise.

We get to see pretty much all of our favorite characters in this book, and there are a lot of twists and turns. I love how characters from the first half of the series were intertwined in the second half in ways that I was not expecting at all. There are a few things that I wished would have been flushed out more, such as more information from when Cammie had amnesia etc., but overall, there was nothing completely glaring that stood out.

We’ve gotten to see Cammie grow up, but this is the book where I could really tell that she’s growing up. (Hence why I’d love to read an adult series following her!) Not just her, but all of her friends as well. And if Macey was able to catch up to the rest of the group that fast, she must be even more of a genius than the rest of the characters, which is something that could’ve been explored more. I *think* that there is a companion series following Macey and a character from Ally’s other series, but I’m not sure. I’d definitely be interested in read them though.

There’s a huge reveal regarding Zach and his father, which I totally didn’t see coming but found to be a great addition to the plot. The ending was bittersweet, but all in all, it was a satisfying ending. The epilogue lets us catch a glimpse at the path that Cammie and Zach go on after graduating, and I looked up the little novella titled “A Gallagher Wedding” that I wish would have been longer! (You can read it on Ally Carter’s website.)

Overall, I loved this series, and would recommend it to literally anyone. If someone could actually make this into a TV series, even if they aged up the characters a bit…can someone please get on that? Like…yesterday? Thanks.