Happy book birthday to these awesome books!! I can’t wait to read them!

What books are you excited to buy this month?

Welcome, welcome to Caraval…all games must come to an end.

Meanwhile, Scarlett has started a game of her own. She’s challenged Julian and her former fiancé, Count Nicolas d’Arcy, to a competition where the winner will receive her hand in marriage. Finally, Scarlett feels as if she is in complete control over her life and future. She is unaware that her mother’s past has put her in the greatest danger of all.

Caraval is over, but perhaps the greatest game of all has begun―with lives, empires, and hearts all at stake. There are no spectators this time: only those who will win…and those who will lose everything. . .

From one of the most followed booktubers today, comes Again, but Better, a story about second chances, discovering yourself, and being brave enough to try again.

Shane has been doing college all wrong. Pre-med, stellar grades, and happy parents…sounds ideal—but Shane’s made zero friends, goes home every weekend, and romance…what’s that?

Her life has been dorm, dining hall, class, repeat. Time’s a ticking, and she needs a change—there’s nothing like moving to a new country to really mix things up. Shane signs up for a semester abroad in London. She’s going to right all her college mistakes: make friends, pursue boys, and find adventure!

Easier said than done. She is soon faced with the complicated realities of living outside her bubble, and when self-doubt sneaks in, her new life starts to fall apart.

Shane comes to find that, with the right amount of courage and determination one can conquer anything. Throw in some fate and a touch of magic—the possibilities are endless.

Return once more to the deadly and dazzling world of Red Queen in Broken Throne, a beautifully designed, must-have companion to the chart-topping series from #1 New York Times bestselling author Victoria Aveyard.

Fans will be delighted to catch up with beloved characters after the drama of War Storm and be excited to hear from brand-new voices as well. This stunning collection is not to be missed!

Millie Quint is devastated when she discovers that her sort-of-best friend/sort-of-girlfriend has been kissing someone else. And because Millie cannot stand the thought of confronting her ex every day, she decides to apply for scholarships to boarding schools . . . the farther from Houston the better.

Millie can’t believe her luck when she’s accepted into one of the world’s most exclusive schools, located in the rolling highlands of Scotland. Everything about Scotland is different: the country is misty and green; the school is gorgeous, and the students think Americans are cute.

The only problem: Mille’s roommate Flora is a total princess.

At first, the girls can barely stand each other–Flora is both high-class and high-key–but before Millie knows it, she has another sort-of-best-friend/sort-of-girlfriend. Even though Princess Flora could be a new chapter in her love life, Millie knows the chances of happily ever afters are slim . . . after all, real life isn’t a fairy tale . . . or is it? 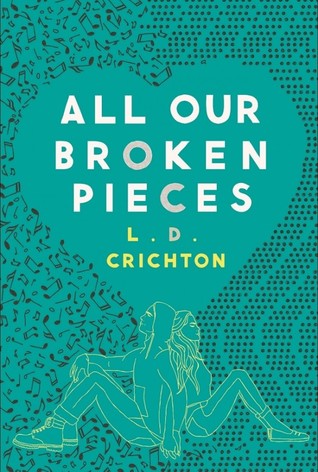 Lennon Davis doesn’t believe in much, but she does believe in the security of the number five. If she flicks the bedroom light switch five times, maybe her new L.A. school won’t suck. But that doesn’t feel right, so she flicks the switch again. And again. Ten more flicks of the switch and maybe her new stepfamily will accept her. Twenty-five more flicks and maybe she won’t cause any more of her loved ones to die. Fifty times more and then she can finally go to sleep.

Kyler Benton witnesses this pattern of lights from the safety of his treehouse in the yard next door. It is only there, hidden from the unwanted stares of his peers, that Kyler can fill his notebooks with lyrics that reveal the true scars of the boy behind the oversized hoodies and caustic humor. But Kyler finds that descriptions of blonde hair, sad eyes, and tapping fingers are beginning to fill the pages of his notebooks. Lennon, the lonely girl next door his father has warned him about, infiltrates his mind. Even though he has enough to deal with without Lennon’s rumored tragic past in his life, Kyler can’t help but want to know the truth about his new muse.

“Somewhere Only We Know” – Maurene Goo (Farrar, Straus and Giroux)

10 00 p.m.: Lucky is the biggest K-pop star on the scene, and she’s just performed her hit song “Heartbeat” in Hong Kong to thousands of adoring fans. She’s about to debut on The Tonight Show in America, hopefully a breakout performance for her career. But right now? She’s in her fancy hotel, trying to fall asleep but dying for a hamburger.

11 00 p.m.: Jack is sneaking into a fancy hotel, on assignment for his tabloid job that he keeps secret from his parents. On his way out of the hotel, he runs into a girl wearing slippers, a girl who is single-mindedly determined to find a hamburger. She looks kind of familiar. She’s very cute. He’s maybe curious.