Arden sells memories. Whether it’s the becoming homecoming queen or studying for that all important test, Arden can hack into a classmate’s memories and upload the experience for you just as if you’d lived it yourself. Business is great, right up until the day Arden whites out, losing 15 minutes of her life and all her memories of the hot boy across the school yard. The hot boy her friends assure her she’s had a crush on for years.

Arden realizes that her own memories have been hacked, but they haven’t just been stolen and shared… they’ve been deleted. And she’s not the only one, the hot stranger, Sebastian, has lost ALL of his memories. But how can they find someone with the power to make them forget everything they’ve learned? 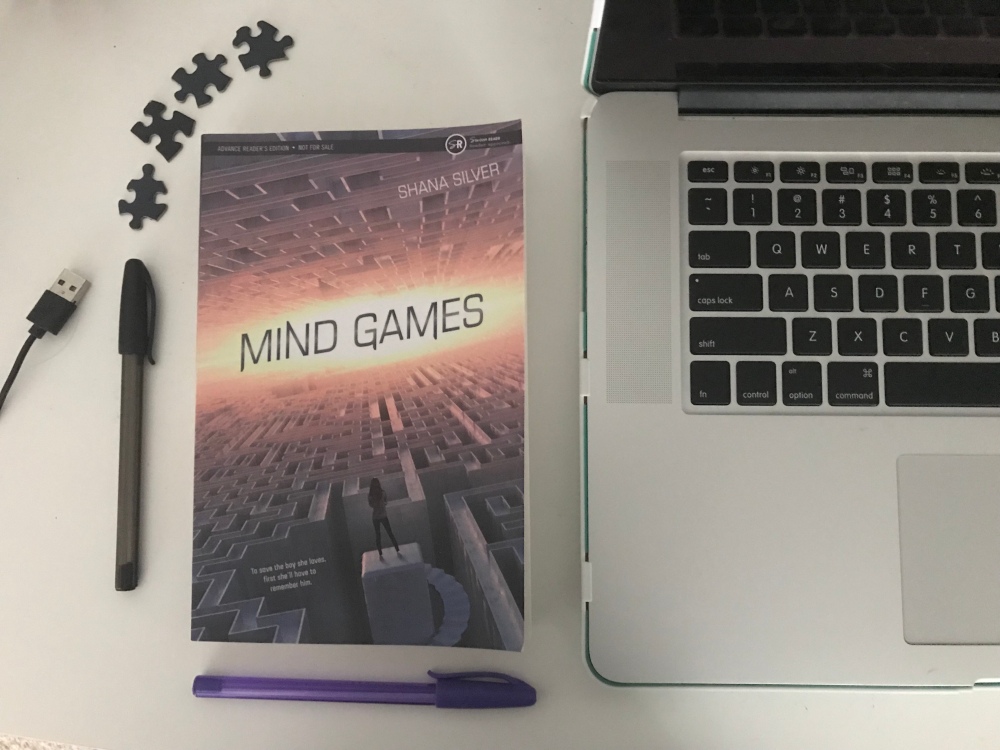 The premise of the book is definitely intriguing. I remember when the book was first announced, and then when cover voting started, and I always wanted to read it! My friends got me a copy at C2E2 this year, so I was pumped to have the ARC.

As you can tell from the synopsis, the main character’s name is Arden. My twin sister’s name is Arden, and it’s a name that is rarely found in books, and even rarer to find on any sort of product that already has names preprinted on it. (So…stellar name choice, Shana!)

The cool part about this book is that the technology makes it seem like the book takes place in the future, which is the more likely option, but it also could be taking place in some school for geniuses right now as I’m typing this post.

There are about three reveals/plot twists in the book. I guess the first one, but definitely didn’t see the last two coming. The twist involving Sebastian (don’t worry, I won’t spoil it…so get ready for some very vague language) absolutely broke my heart. Arden was stuck in a Catch-22 situation, and I don’t know how she made the decision that she did, because I honestly can’t say what choice I would have made if I had been in her position. I think that she ultimately makes the right choice, but it definitely wasn’t an easy one.

None of the characters are definitively evil, even the ones who are the “bad guys” of the book. So while I totally don’t condone their actions, I still understand why they did what they did, which doesn’t always happen in books and is the sign of great writing.

Arden and Bash’s project is totally epic. 100% kind of scary and definitely ethically questionable, but awesome nonetheless. It raises a lot of moral and ethical questions, and really makes readers think about what the implications of the project are.

Overall, this was a great read, and I’d highly recommend it to anyone who likes action/sort of futuristic books (as well as some romance thrown in). The book also deals in part with grief, as Arden continues to mourn the loss of her father, and has some other family dynamic arcs in there too.

Stay tuned for my interview with Shana, coming next month!