But the day he walks back into my life, I realize there are two things time has yet to soften: my feelings for him and his chiseled jawline.

It’s infuriating that my heart still races when he walks into a room. I refuse to fall prey to old unrequited love, so I decide the less I’m around him, the better. Avoidance is key.

Unfortunately, Derek isn’t going to make it easy. As a teenager, I would have crawled on my hands and knees to attract his attention. Now I can’t seem to escape it.

I’m not sure why he’s bothering. He’s not just out of my league—he’s out of my tax bracket. As the sole heir to the Knightley Company, he’s as close to American royalty as you can get. As for me, I’m just a part-time princess at Knightley’s flagship magical theme park.

I spend my days playing make-believe, but Derek has no use for fairytales. His unwavering confidence makes it clear he thinks I’ll surrender in the end.

His Royal Highness always gets what he wants.
And he wants me. 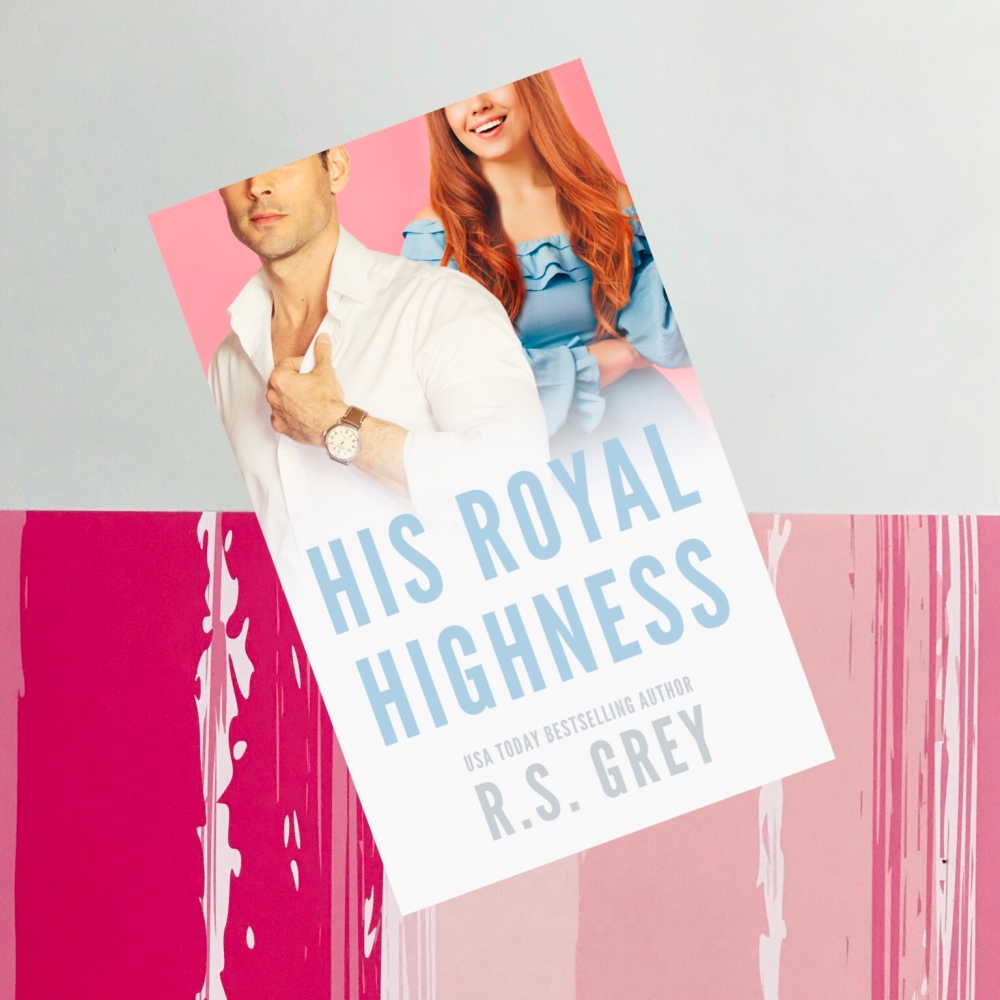 “His Royal Highness” is another great book by R.S. Grey. She has once again created unique and loveable characters, and I love her spin on a theme park story. Of course, the book is full of witty banter and romance, but I especially loved the supportive relationship between Whitney and her best friend, Carrie, and her friend/mentor Cal.

Age gaps between the lead characters are nothing new to R.S. Grey’s books. However, having them meet when Whitney was still a teenager (I think she was 18) and Derek being 10 years older than her, so 28 at the time, it took me a while to get into the romance part of the rest of the book. Granted, there is a time jump, but it still felt a little bit weird until I got further into the story. That’s one of the reasons I’m not rating this as a 5 star review. The main reason I docked the star aspect of the review is because I thought that the random chapter from Cal’s point of view interrupted the flow of the story. His voice didn’t feel exceptionally distinct from Whitney and Derek’s chapters, and it was jarring to introduce a new POV in Chapter 18. His goal to get Whitney and Derek together could have been hinted at in other, more subtle ways through Whitney and Derek’s POVs.

Overall, it’s a lovely book, and if you are looking for another R.S. Grey book, you won’t be disappointed! Her writing style flows well, and I always enjoy reading her books. The book is available now, and you can order physical copies on Amazon or read the digital version through Kindle Unlimited (or anywhere you buy your ebooks).

Thank you to R.S. Grey for the e-ARC to review!