Wishing the happiest of book birthdays to these new releases!! 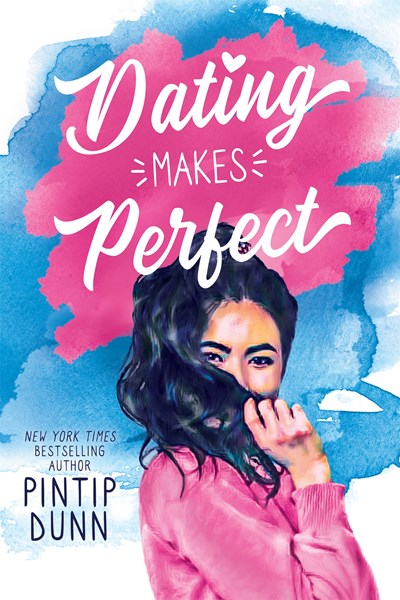 In a move that other Asian American girls know all too well, six months after the older Tech twins got to college, their parents asked, “Why aren’t you engaged yet?” The sisters retaliated by vowing that they won’t marry for ten (maybe even twenty!) years, not until they’ve had lots of the dating practice that they didn’t get in high school.

In a shocking war on the status quo, her parents now insist that their youngest daughter, Orrawin (aka “Winnie”), must practice fake dating in high school. Under their watchful eyes, of course—and organized based on their favorite rom-coms. ’Cause that won’t end in disaster.

The first candidate? The son of their longtime friends, Mat Songsomboon—arrogant, infuriating, and way too good-looking. Winnie’s known him since they were toddlers throwing sticky rice balls at each other. And her parents love him.

If only he weren’t her sworn enemy.

You heard the story on the news. A girl and a boy went into the woods. The girl carried a picnic basket. The boy wore bright yellow running shoes. The girl found her way out, but the boy never did….

Everyone thinks they know what happened. Some say Tabby pushed him off that cliff— she didn’t even like hiking. She was jealous. She had more than her share of demons. Others think he fell accidentally—she loved Mark. She would never hurt him…even if he hurt her.

But what’s the real story? All Eyes On Her is told from everyone but Tabby herself as the people in her life string together the events that led Tabby to that cliff. Her best friend. Her sister. Her enemy. Her ex-boyfriend. Because everybody thinks they know a girl better than she knows herself.

What do you think is the truth?

“Not My Romeo (The Game Changers #1)” By: Ilsa Madden-Mills

We start off with a lie on Valentine’s Day.

My blind date isn’t the studious guy I expected: he’s a drop-dead gorgeous player with sinful amber eyes. Somehow we end up at his penthouse. I blame the gin and tonic.

The next day I learn he’s Jack Hawke—bad-boy professional quarterback with a murky past. The NDA he has me sign should be a warning that he isn’t a regular person. Please. I sign it Juliet Capulet, so goodbye, famous football player with abs of steel, and good luck tracking down this small-town librarian.

But Jack keeps showing up in places I least expect him. Just when I’m sure he’s gone, he waltzes into my community theater and wins the part of Romeo to my Juliet. How’s a plain, mostly innocent girl like me supposed to resist a man like him?

Is Jack my real Romeo… or will this gorgeous football player only break my heart? 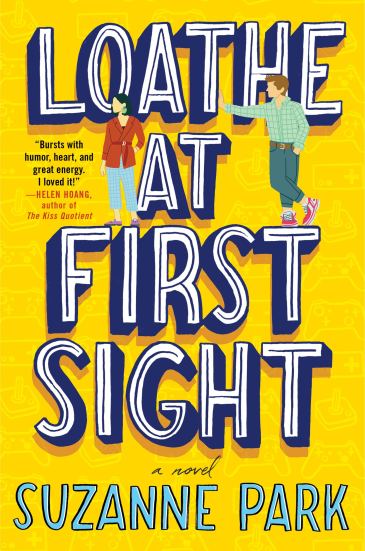 Melody Joo is thrilled to land her dream job as a video game producer, but her new position comes with challenges: an insufferable CEO; sexist male coworkers; and an infuriating—yet distractingly handsome—intern, Nolan MacKenzie, aka “the guy who got hired because his uncle is the boss.”

Just when Melody thinks she’s made the worst career move of her life, her luck changes. While joking with a friend, she creates a mobile game that has male strippers fighting for survival in a post-apocalyptic world. Suddenly Melody’s “joke” is her studio’s most high-profile project—and Melody’s running the show.

When Nolan is assigned to Melody’s team, she’s sure he’ll be useless. But as they grow closer, she realizes he’s smart and sexy, which makes Melody want to forget he’s her intern. As their attraction deepens, she knows it’s time to pump the brakes, even with her Korean parents breathing down her neck to hurry up and find a man.

With her project about to launch, Melody suddenly faces a slew of complications, including a devastating trolling scandal. Could the man she’s falling hard for help her play the game to win—in work and in love?

“Don’t Ask Me Where I’m From” By: Jennifer De Leon

First-generation American LatinX Liliana Cruz does what it takes to fit in at her new nearly all-white school. But when family secrets spill out and racism at school ramps up, she must decide what she believes in and take a stand.

Fifteen-year-old Liliana is fine, thank you very much. It’s fine that her best friend, Jade, is all caught up in her new boyfriend lately. It’s fine that her inner-city high school is disorganized and underfunded. It’s fine that her father took off again—okay, maybe that isn’t fine, but what is Liliana supposed to do? She’s fifteen! Being left with her increasingly crazy mom? Fine. Her heathen little brothers? Fine, fine, fine. But it turns out Dad did leave one thing behind besides her crazy family. Before he left, he signed Liliana up for a school desegregation program called METCO. And she’s been accepted.

Being accepted into METCO, however, isn’t the same as being accepted at her new school. In her old school, Liliana—half-Guatemalan and half-Salvadorian—was part of the majority where almost everyone was a person of color. But now at Westburg, where almost everyone is white, the struggles of being a minority are unavoidable. It becomes clear that the only way to survive is to lighten up—whiten up. And if Dad signed her up for this program, he wouldn’t have just wanted Liliana to survive, he would have wanted her to thrive. So what if Liliana is now going by Lili? So what if she’s acting like she thinks she’s better than her old friends? It’s not a big deal. It’s fine.

But then she discovers the gutting truth about her father: He’s not on one of his side trips. And it isn’t that he doesn’t want to come home…he can’t. He’s undocumented and he’s been deported back to Guatemala. Soon, nothing is fine, and Lili has to make a choice: She’s done trying to make her white classmates and teachers feel more comfortable. Done changing who she is, denying her culture and where she came from. They want to know where she’s from, what she’s about? Liliana is ready to tell them.

What book are you most excited to read? Let me know in the comments!