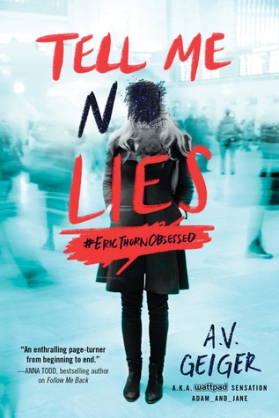 *This synopsis contains spoilers for the first book in the series, ‘Follow Me Back’!

*Check out my ARC review of ‘Tell Me No Lies’!

*Interview with A.V. Geiger about ‘Tell Me No Lies’ coming soon!

*Check out my interview with A.V. Geiger about ‘Follow Me Back’!

No one knows what happened to pop icon Eric Thorn. His Twitter account? Frozen. His cell phone? Cracked and bloody, buried in the snow.

Agoraphobic fangirl Tessa Hart knows the truth, but she’s finally left her #EricThornObsessed days behind. She has no intention of ever touching her Twitter app again. But Snapchat… That’s safer, right?

After months of living under the radar, Tessa emerges from hiding, forced to face the deadly consequences of her past. But in the interrogation room, answers only lead to more questions in the pulse-pounding conclusion to the Follow Me Back duology. 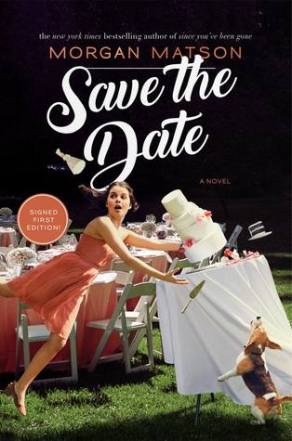 ‘Save The Date’ By: Morgan Matson

Charlie Grant’s older sister is getting married this weekend at their family home, and Charlie can’t wait—for the first time in years, all four of her older siblings will be under one roof. Charlie is desperate for one last perfect weekend, before the house is sold and everything changes. The house will be filled with jokes and games and laughs again. Making decisions about things like what college to attend and reuniting with longstanding crush Jesse Foster—all that can wait. She wants to focus on making the weekend perfect.

The only problem? The weekend is shaping up to be an absolute disaster.

There’s the unexpected dog with a penchant for howling, house alarm that won’t stop going off, and a papergirl with a grudge.

There are the relatives who aren’t speaking, the (awful) girl her favorite brother brought home unannounced, and a missing tuxedo.

Not to mention the neighbor who seems to be bent on sabotage and a storm that is bent on drenching everything. The justice of the peace is missing. The band will only play covers. The guests are all crazy. And the wedding planner’s nephew is unexpectedly, distractingly…cute.

Over the course of three ridiculously chaotic days, Charlie will learn more than she ever expected about the family she thought she knew by heart. And she’ll realize that sometimes, trying to keep everything like it was in the past means missing out on the future. 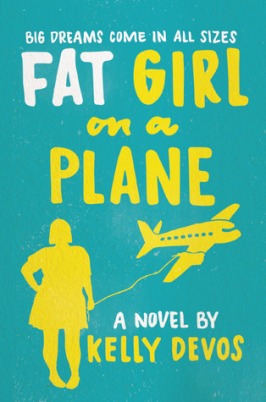 ‘Fat Girl On A Plane’ By: Kelly deVos

Don’t miss this unforgettable debut novel, told in two timelines, about smart fashion, pursuing your dreams, and loving yourself!

High school senior Cookie Vonn’s post-graduation dreams include getting out of Phoenix, attending Parsons and becoming the next great fashion designer. But in the world of fashion, being fat is a cardinal sin. It doesn’t help that she’s constantly compared to her supermodel mother—and named after a dessert.

Thanks to her job at a fashion blog, Cookie scores a trip to New York to pitch her portfolio and appeal for a scholarship, but her plans are put on standby when she’s declared too fat to fly. Forced to turn to her BFF for cash, Cookie buys a second seat on the plane. She arrives in the city to find that she’s been replaced by the boss’s daughter, a girl who’s everything she’s not—ultrathin and superrich. Bowing to society’s pressure, she vows to lose weight, get out of the friend zone with her crush, and put her life on track.

Cookie expected sunshine and rainbows, but nothing about her new life is turning out like she planned. When the fashion designer of the moment offers her what she’s always wanted—an opportunity to live and study in New York—she finds herself in a world full of people more interested in putting women down than dressing them up. Her designs make waves, but her real dream of creating great clothes for people of all sizes seems to grow more distant by the day.

Will she realize that she’s always had the power to make her own dreams come true? 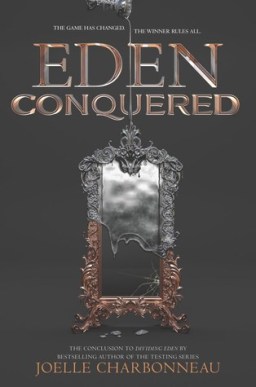 *This contains spoilers for the first book, ‘Dividing Eden’!

The electrifying conclusion to the Dividing Eden series by the New York Times bestselling author of the Testing trilogy, Joelle Charbonneau..

The Trials of Virtuous Succession have ended. Prince Andreus is king—and Princess Carys is dead.

But even as he’s haunted by what he did to win the throne, Andreus discovers that his dream of ruling only brings new problems. The people love his twin even more in death than they did when she was alive. The Elders treat him as a figurehead. And worst of all, the winds of Eden are faltering.

But despite what everyone believes, Carys is alive. Exiled to the wilderness, Carys struggles to control the powers that have broken free inside her. And as she grows stronger, so does her conviction that she must return to the Palace of Winds, face her twin and root out the treachery that began long before the first Trials started.

The Kingdom of Eden is growing darker with each passing day. Brother and sister, former foes, must decide whether some betrayals cut too deep to be forgiven—and whether one will wear the crown or both will lose everything. 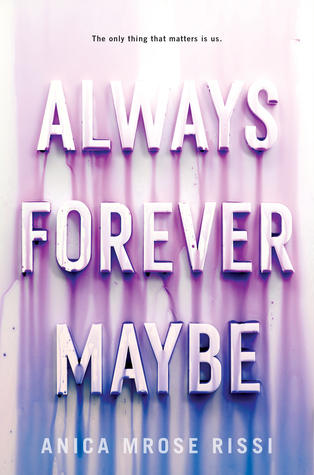 When Betts meets Aiden at the candy store where she works, their connection is like a sugar rush to the heart. Betts already knows the two of them are infinite. Inevitable. Destined to become an us.

Betts has only ever kept one secret from her best friend, Jo, but suddenly there’s a long list of things she won’t tell her, things Jo wouldn’t understand. Because Jo doesn’t see how good Aiden is for Betts. She finds him needy. Possessive. Controlling.

She’s wrong. With a love like this, nothing else matters. 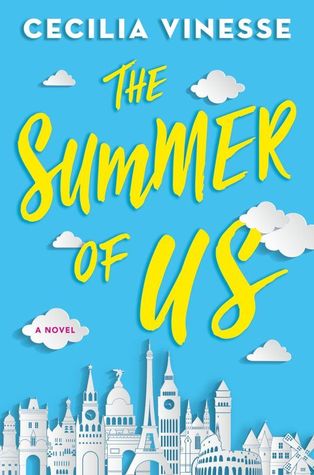 ‘The Summer of Us’ By: Cecilia Vinesse

Aubrey and Rae have been planning their trip around Europe practically from the moment they became BFFs in primary school. And, now, it ought to be the perfect way to spend their last summer together before university.

But things are more complicated at eighteen than they were at ten. There’s Jonah, Aubrey’s seemingly perfect boyfriend, and his best friend Gabe, the boy Aubrey may have accidentally kissed. And there’s Clara, the friend Rae is crushing on, hard, even though there’s no hope because Clara is definitely into guys, not girls.

Five friends. Ten days. Paris, Amsterdam, Prague, Florence, Barcelona. And a messy, complicated, can-this-really-be happening love story, or two … because how could there not be?