Aspiring choreographer Sophie Orenstein would do anything for Peter Rosenthal-Porter, who’s been on the kidney transplant list as long as she’s known him. Peter, a gifted pianist, is everything to Sophie: best friend, musical collaborator, secret crush. When she learns she’s a match, donating a kidney is an easy, obvious choice. She can’t help wondering if after the transplant, he’ll love her back the way she’s always wanted.

But Peter’s life post-transplant isn’t what either of them expected. Though he once had feelings for Sophie too, he’s now drawn to Chase, the guitarist in a band that happens to be looking for a keyboardist. And while neglected parts of Sophie’s world are calling to her—dance opportunities, new friends, a sister and niece she barely knows—she longs for a now-distant Peter more than ever, growing increasingly bitter he doesn’t seem to feel the same connection.

Peter fears he’ll forever be indebted to her. Sophie isn’t sure who she is without him. Then one blurry, heartbreaking night twists their relationship into something neither of them recognizes, leading them to question their past, their future, and whether their friendship is even worth fighting for. 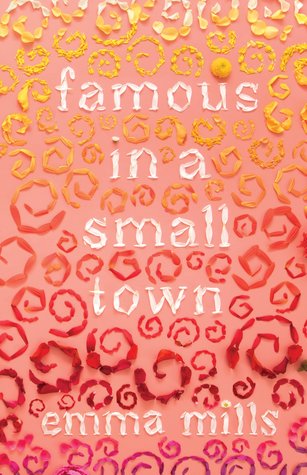 For Sophie, small-town life has never felt small. She has the Yum Yum Shoppe, with its famous fourteen flavors of ice cream; her beloved marching band, the pride and joy of Acadia High (even if the football team disagrees); and her four best friends, loving and infuriating, wonderfully weird and all she could ever ask for.

Then August moves in next door. A quiet guy with a magnetic smile, August seems determined to keep everyone at arm’s length. Sophie in particular.

Country stars, revenge plots, and a few fake kisses (along with some excellent real ones) await Sophie in this hilarious, heartfelt story.