What did you hear?

Kimberly Landis-Lilley and Teddy Lin are over. Yes, the Kim and Teddy broke up.

At least that’s what Phil Spooner thinks he overheard and then told Jess Howard, Kim’s best friend. Something about Teddy not liking Kim’s Instas? Or was it that Teddy is moving to Italy and didn’t want to do long distance? Or that Kim slid into someone else’s DMs?

Jess told her boyfriend, Elvis, that he needs to be on Kim’s side. Especially if he wants to keep her as his girlfriend. But Elvis is also Teddy’s best friend.

Now, Kim’s run out of school for the day. Jess is furious. Elvis is confused. And half the lunch period won’t talk to Teddy. Even the teachers have taken sides.

William Henry Harrison High will never be the same again! 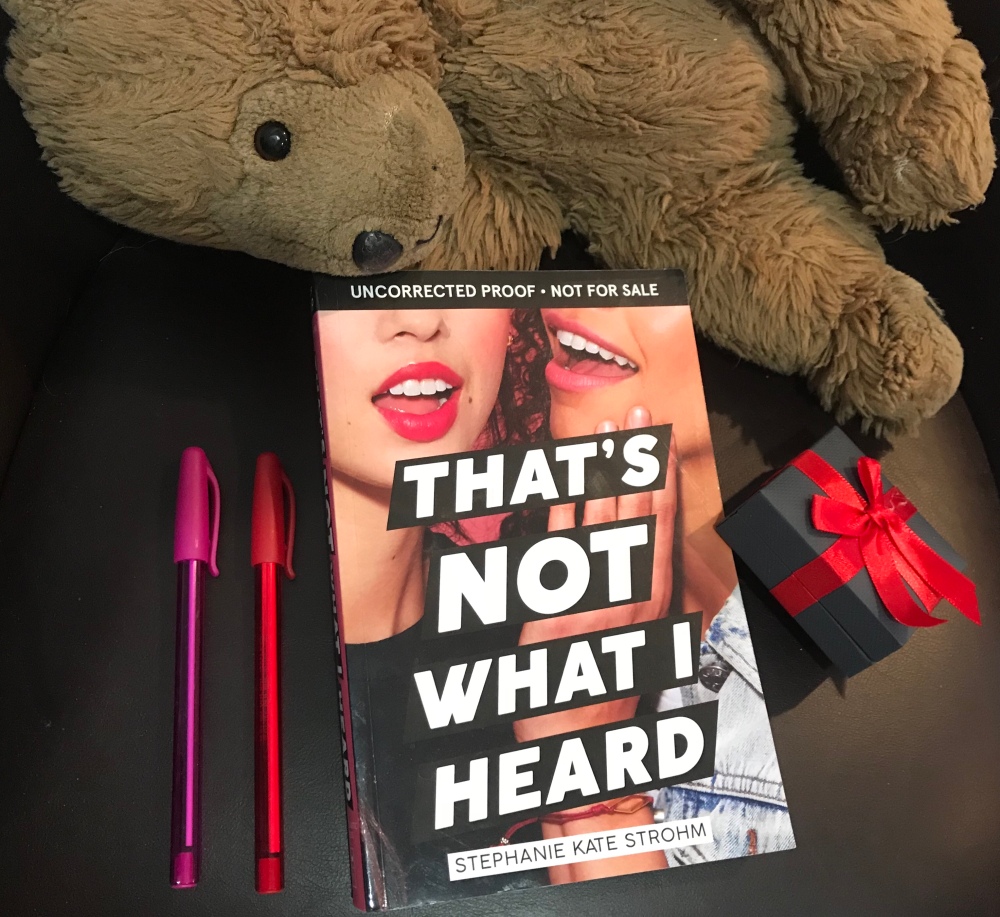 There are so many different points of view! Technically, the book is all in third person, but it’s told from the views of a ton of different characters. At first, I thought that maybe it was too many, but it showed how a situation can spiral out of control quickly. Some of the chapters probably could’ve been omitted, like I felt like the last little chapter wasn’t necessarily necessary, but overall it was interesting to see the story through so many different eyes.

While the premise was interesting, it didn’t feel that realistic. I know it’s easy to get caught up in all of the gossip of high school, but it felt like a situation that might’ve played out better in a middle school setting. The breaking up part felt realistic, but all of the theatrics that happened after that felt really exaggerated and not at all realistic. The book almost felt like a satire on high school and high school relationships.

Kim and Teddy were such a cute couple, I wish we could’ve seen more of them together! They didn’t have too many scenes together, but they seemed really cute in all of the ones that they did have together. Jess and Elvis, their best friends, seemed like a good couple too. I liked how the faculty were included, especially how their love lives played out in some cases between teachers. Honestly, I thought that the Principal and temporary Spanish teacher were going to get together, but that’s not included in the end, so I guess I’ll never know! (But in my head they are, so…:)

If you like books with multiple POVs, and want to read a goofy but sweet rom-com, then this is the book for you! I read it within two days, so even though it’s about 350 pages, it moves quick, since most of the chapters are quick.

“That’s Not What I Heard” will be released by Scholastic Press on January 29!

(I received this book from the author from a giveaway!)

2 thoughts on “[ARC REVIEW] “That’s Not What I Heard” By: Stephanie Kate Strohm”