Wishing the happiest of book birthdays to these awesome books and their awesome authors!

What books can you not wait to read this month? 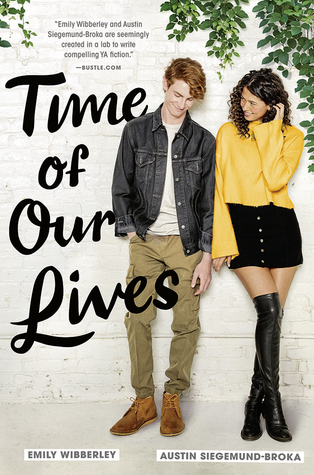 A boy desperate to hold on, a girl ready to let go.

Fitz Holton has made up his mind. He’ll attend college close to home and care for his single mom while she battles early-onset Alzheimer’s. Spending ten days touring out-of-state colleges is wildly unnecessary, not to mention a colossal waste of time. If it were anyone but his mother asking, he’d stay home over winter break.

Juniper Ramírez is counting down the days until she can leave her crowded home with five younger siblings and zero privacy. Against the wishes of her tight-knit family, Juniper plans her own college tour with one goal in mind: get out.

When Fitz and Juniper cross paths on their first stop in Boston, they’re at odds from the moment they meet. Then their tours overlap again in Providence. Then New York. With every unexpected meeting, Fitz and Juniper begin to realize finding each other might just be the first step toward finding themselves, and a love that carries them out of the past, and into a wide open future.

“Late to the Party” – Kelly Quindlen

She’s never crashed a party, never stayed out too late. She’s never even been kissed. And it’s not just because she’s gay. It’s because she and her two best friends, Maritza and JaKory, spend more time in her basement watching Netflix than engaging with the outside world.

So when Maritza and JaKory suggest crashing a party, Codi is highly skeptical. Those parties aren’t for kids like them. They’re for cool kids. Straight kids.

But then Codi stumbles upon one of those cool kids, Ricky, kissing another boy in the dark, and an unexpected friendship is formed. In return for never talking about that kiss, Ricky takes Codi under his wing and draws her into a wild summer filled with late nights, new experiences, and one really cute girl named Lydia.

The only problem? Codi never tells Maritza or JaKory about any of it.

From author Kelly Quindlen comes a poignant and deeply relatable story about friendship, self-acceptance, what it means to be a Real Teenager. Late to the Party is an ode to late bloomers and wallflowers everywhere. 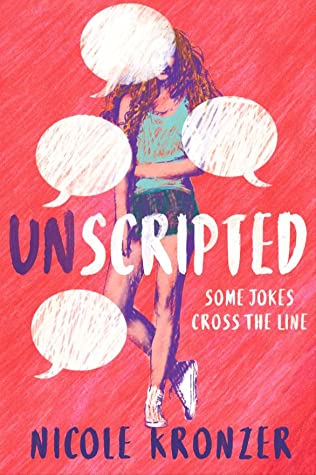 Seventeen-year-old Zelda Bailey-Cho has her future all planned out: improv camp, then Second City, and finally Saturday Night Live. She’s thrilled when she lands a spot on the coveted varsity team at a prestigious improv camp, which means she’ll get to perform for professional scouts—including her hero, Nina Knightley. But even though she’s hardworking and talented, Zelda’s also the only girl on Varsity, so she’s the target for humiliation from her teammates. And her 20-year-old coach, Ben, is cruel to her at practice and way too nice to her when they’re alone. Zelda wants to fight back, but is sacrificing her best shot at her dream too heavy a price to pay?