The Selection is coming to Netflix. Kiera Cass’s Bachelor-eque series is being adapted by the platform (who has also featured YA adaptations such as The Kissing Booth, To All the Boys I’ve Loved Before, and Let It Snow, just to name a few), and we’ll finally get to see America and Maxon on our big (or little) screens.

Even more excitedly, we already have a director!  Haifaa Al-Mansour, a female (!!) director from Saudi Arabi is set to direct the film.

You can read more updates on Epic Reads as they become available, and I will be posting updates as they come in as well!

Let me know in the comments below who you’d want to be cast!! (I think Kat McNamara would make a great America!)

For those of you who haven’t already read the book, check out the cover and synopsis below! (I can’t wait to see the adaptation cover!!) 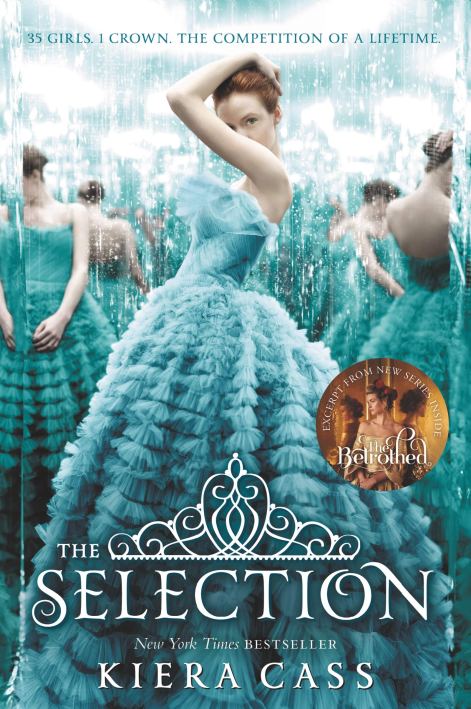 For thirty-five girls, the Selection is the chance of a lifetime. The opportunity to escape the life laid out for them since birth. To be swept up in a world of glittering gowns and priceless jewels. To live in a palace and compete for the heart of gorgeous Prince Maxon.

But for America Singer, being Selected is a nightmare. It means turning her back on her secret love with Aspen, who is a caste below her. Leaving her home to enter a fierce competition for a crown she doesn’t want. Living in a palace that is constantly threatened by violent rebel attacks.

Then America meets Prince Maxon. Gradually, she starts to question all the plans she’s made for herself—and realizes that the life she’s always dreamed of may not compare to a future she never imagined.

2 thoughts on “‘The Selection’ Is Coming to Netflix”