Skip to content
Posted on September 15, 2017September 29, 2017 by buriedinabookshelf

Phoenix can’t imagine anything worse than being shipped off to family summer camp. Her parents have been fighting for the past two years—do they seriously think being crammed in a cabin with Phoenix and her little brother, Harry, will make things better?

On top of that, Phoenix is stuck training with Callum—the head counselor who is seriously cute but a complete know-it-all. His hot-cold attitude means he’s impossible to figure out—and even harder to rely on. But despite her better judgment, Phoenix is attracted to Callum. And he’s promising Phoenix a summer she’ll never forget. Can she trust him? Or is this just another lie? 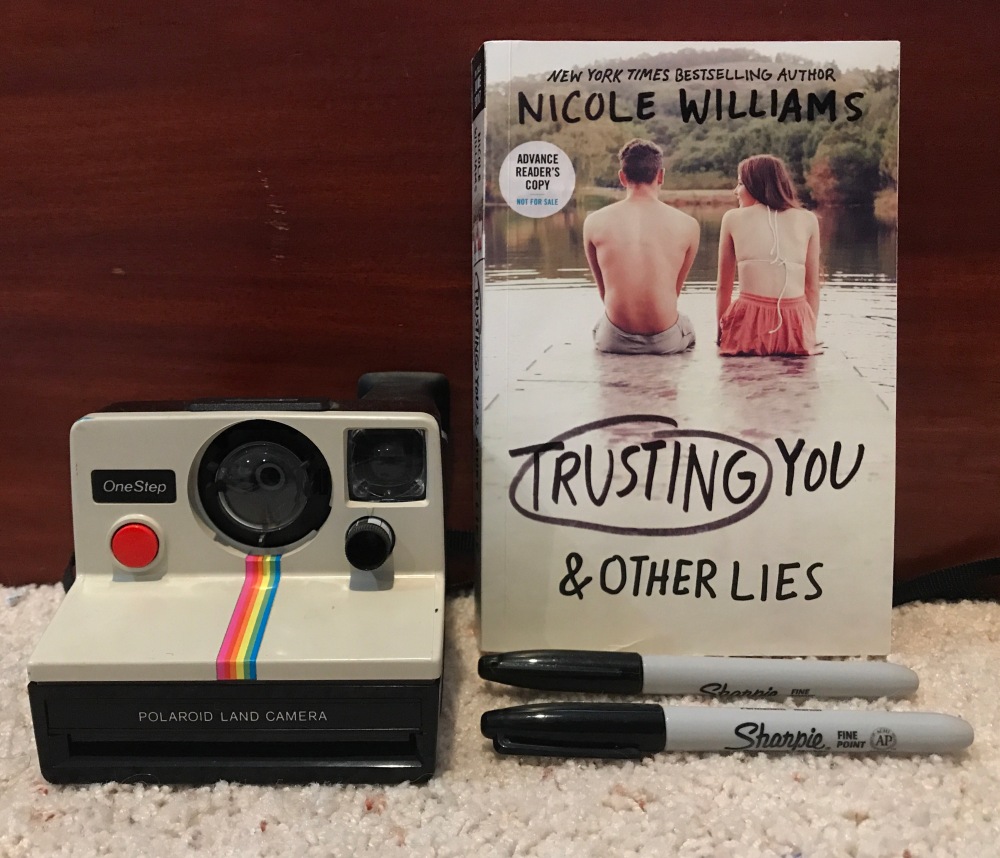 (there are photos of Polaroids on the back of the book!!)

Fans of contemporary summer romances will love this book! (I know I did!) Nicole Williams creates such interesting and dynamic characters, and I loved reading all about them.

First off, I loved the symbolism of Phoenix and Callum’s names and how they are incorporated throughout the story. The bird symbolism is also shown on the back of the book!

Phoenix and Callum’s fellow counselors were great additions to the story, and I liked how Nicole showed that each of them were multifaceted and dynamic.

The financial situation of Phoenix’s family explained a lot about the way her parents interact with each other, and the secret she discovered that they are keeping from her and her little brother understandably puts a strain on her relationship with her parents. Her and her little brother have the sweetest relationship, and it was adorable to see how Harry (her little brother) and Callum interacted. Phoenix and Callum’s relationship developed nicely, and I love the contrast and conflict between being boyfriend and girlfriend and boss and employee, with Phoenix being under Callum’s charge as a counselor.

Overall, this was a super sweet summer read and I absolutely loved it. I’ll definitely read it again!!

2 thoughts on “[ARC REVIEW] ‘Trusting You & Other Lies’ By: Nicole Williams ”